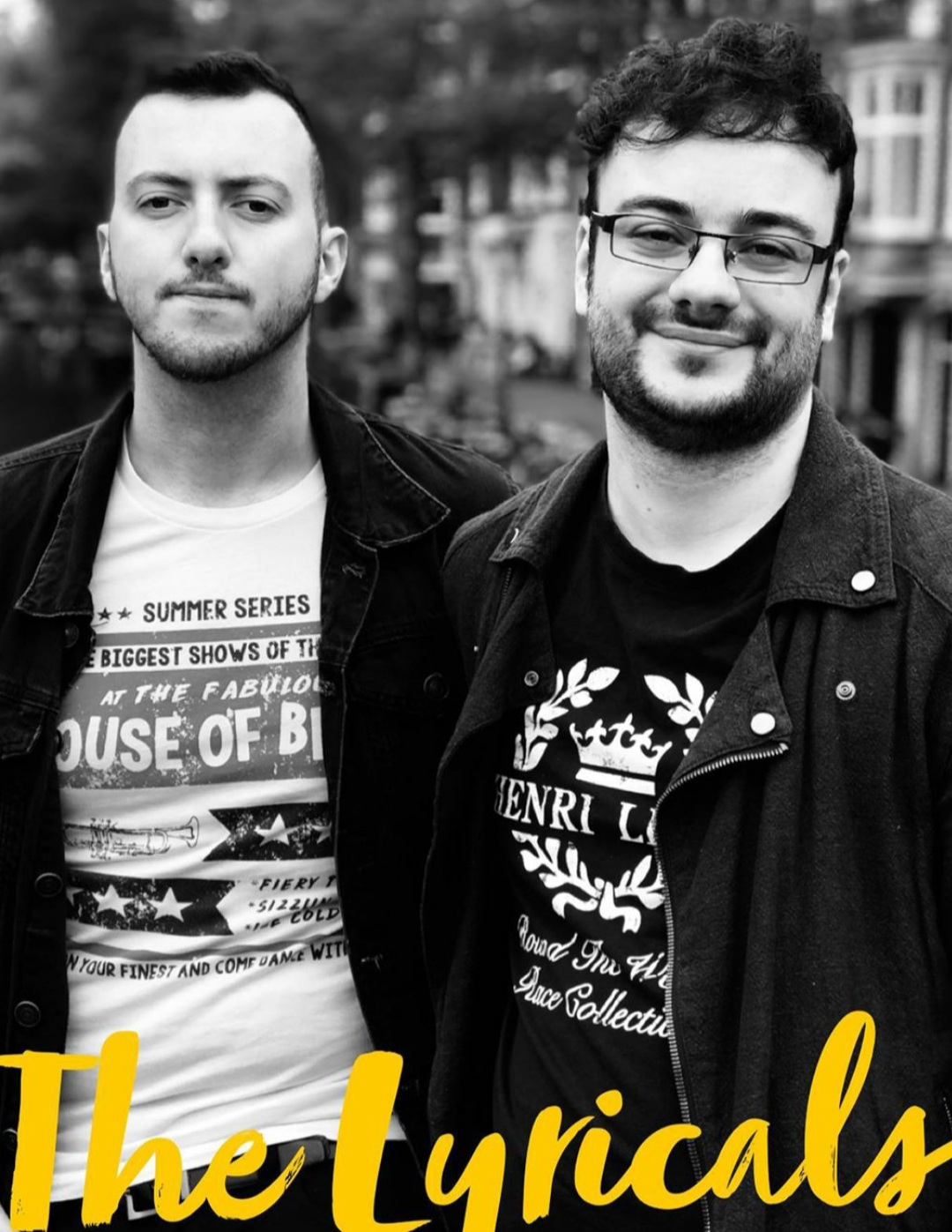 I got to know the London based The Lyricals a while ago and time to time we had good fun in our conversations. They are the ones who know the work of DNA (Douglas Noel Adams) and well, they are among the very few who understand what a good book is. I especially like their way in music: they know very well the long, steepy, slippery road to take before going bigger. That’s called growth and personal co-creation. A part of the Nature all around.

Hear Josh (one head of The Lyricals) out. Don’t worry, it’s a long interview. And a good one. At the end there is their Twitter to say hello to them!

And while you are reading, listen to their latest hit song: Quarantine

Music Authentic: How did you sleep last night?

The Lyricals: Not too great sadly!! The heat here in the UK has been pretty strong in the evening which makes sleeping difficult at times

Music Authentic: Where do you usually gain strength during these changing and challenging times?

The Lyricals: Usually from my friends and family, especially my girlfriend, but also through music. One benefit from the lockdown has been that its given me more time to focus on that.

Music Authentic: A lot of people are afraid of the future. Without going down a rabbit hole, how do you think your life will be in a few years from now on?

The Lyricals: Tough question, I don’t often think too far ahead, maybe thats a bad thing!! It would be awesome to be making more of an impact in music for sure. I also run my own business so to see that grow would be amazing.

Music Authentic: Do you consider yourself and artist or a musician?

The Lyricals: I guess a bit of both really, i do tend to think my music with The Lyricals is quite different from the norm and my solo work even more so, so I would say I verge more on the artistic side.

Music Authentic: Do you think there are firm lines among the different roles all you need to be an all-in-one solution for your art?

The Lyricals: I don’t really think there are any firm lines or rules when it comes to music because its so subjective, there isnt a firm outline of good or bad because its all down to interpretation. Its not like, say a car, where if its put together the wrong way it wont work. There isnt a right or wrong way to make music, i guess thats why its so important.

Music Authentic: Would you rather live in the Earth in 20 years or be the part of the first Mars colony?

The Lyricals: Definitely on Earth. I get car sick on long journeys so I dread to think what the trip to Mars would be like!

Music Authentic: Have you ever felt promoting your music become almost like a door-to-door selling?

The Lyricals: Not for me personally but I can see how it could become that way. It’s always been more important for me to just make music I like and if people like it too then thats great, but im aware my sound isnt particularly commercial so ive never felt the need to try and market it that way. The more things have progressed with The Lyricals though I suppose there is more of a need to get the music out there so my answer to this may be a bit different in a few years!

Music Authentic: Some argues concept albums are over, others insist storytelling is still important. What’s your take?

The Lyricals: I definitely think theres still a place for storytelling and concept albums. Our first Lyricals album Journey to Euphoria was a concept album about a night out on the town, and I think with a lot of albums there is still an overarching theme. I learnt this from The Beach Boys album Pet Sounds which is one of my all time favourites, maybe thats why I feel this way!

Music Authentic: If you had a chance to play a superhero character in a movie or a series, whom would you choose?

The Lyricals: It’s got to be The Hulk, I’ve been compared to him a few times by my friends so I think it’s a natural fit!

Music Authentic: Nowadays, the frames of so-called „traditional” values are falling apart in families, relationships, business… What characteristics should be valid to them?

The Lyricals: I think it’s always good to push and change the boundaries of things, if you look back even 10 years ago I’m sure there are things we would all be smacking our heads and saying “what were we thinking!!” there is always a need to evolve and change parts of the social structure.

Music Authentic: Are you striving or thriving these days?

The Lyricals: Always striving, I never want to be too complacent, theres always more that can be done!

(more after the photos – and they go bigger if you want them to!)

Music Authentic: What things would be the greatest achievements for you through your art?

The Lyricals: Everything we have released so far has been online, I really like physical media so to get one of our albums on CD or vinyl or even cassette would be awesome. Glastonbury one day would be a dream. I’ve always wanted to stage dive too so lets throw that in there.

Music Authentic: Which artist do you recommend to listen to from the past or the contemporary era and why?

The Lyricals: Can I have 2? I’m a huge beach boys fan but I highly recommended the solo album of their late drummer Dennis Wilson, he is a big influene on me. For someone more contemporary I love LA Priest, he’s fantastic. His band Late of the Pier were mind blowing back in the day and hes been releasing really great music since then. We actually just recorded a remix of his song What Moves for a competition which we really hope he gets to hear.

Music Authentic: If you were the Prime Minister, what would be the most crucial to begin a change with?

The Lyricals: That’s a tough one, I’m not hugely political so I don’t think I would know where to start!

Music Authentic: Any important project you are working on these days? What makes it precious for you?

The Lyricals: Me and my bandmate Dino are on the verge of completing our second album which is going to be called House Arrest, hopefully we will have it done by the end of the year if all goes well. It’s highly influenced by the lockdown and how we feel about it, and the songs we have released from it so far have been received really well. We are also working on a rock EP but we aren’t sure when it will be completed. Our style is very retro and electronic but we also have a rocky side and we wanted to show that off more with this EP.

Music Authentic: Whose story had a great effect on your life?

The Lyricals: Brian Wilson is my musical hero and the life he has led is really something else when you look into it. There’s so much backstory to those summery melodies!

Music Authentic: Have you ever used your stage as a platform to help out others?

The Lyricals: Not particularly but I would very much like to in the future. Some kind of charity single or album is something we would be interested in in the future.

Music Authentic: What are the hardest challenges in society these days?

The Lyricals: Covid has obviously been challenging the whole world right now so I would have to say that.

Music Authentic: What is your favourite pastime activity?

The Lyricals: Making music and watching films. I’m very into my films so thats a big one for me.

Music Authentic: What’s your final message to encourage others?

The Lyricals: Everyone stay safe out there, look after each other and keep doing what makes you happy!!

Listen to The Lyricals on Spotify by clicking here

Winchester 7 & The Runners – In Shadows of Tomorrow