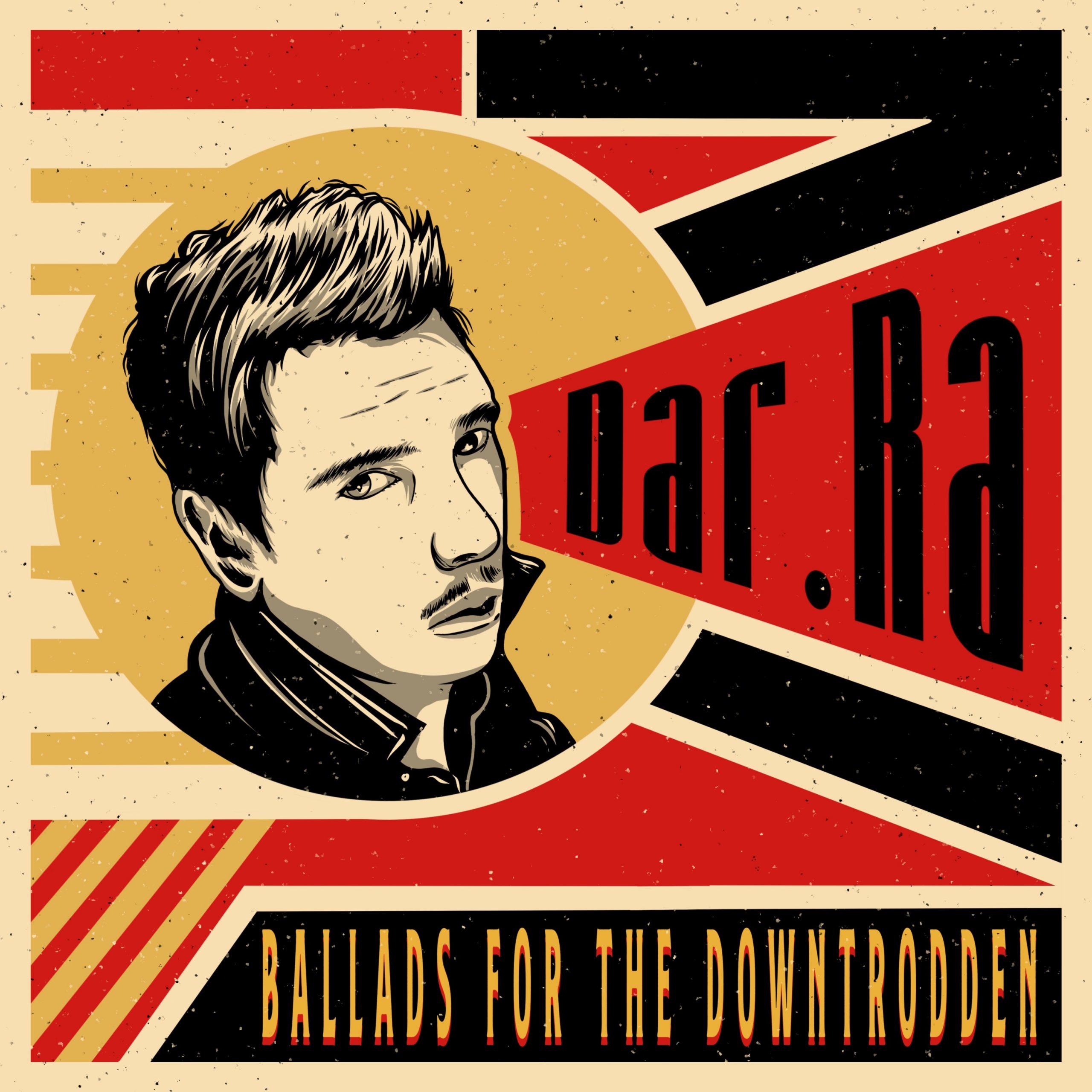 Dar.Ra is among the few who realized the ever-wanted and dreamt “big label” contracts are not necessarily what an artist, musician actually need and should desire if individual creativity and uniqueness are important. With decades of success and recognition, Dar.Ra today is utilizing the gift he has in different and fruitutious ways. After releasing 3 brand new albums only this year, “Majestic Retrospective Vol 2”, “Kings N Serfs”, “Ballads For The Downtrodden” we took the time to talk about life, music today and also some fun. Worthy thoughts are inside so be brave and read it!

And while you are it, listen to “Londinium” by Dar.Ra:

Music Authentic: Welcome to Music Authentic! You know, we like starting with our site-traditional question: How did you sleep last night? 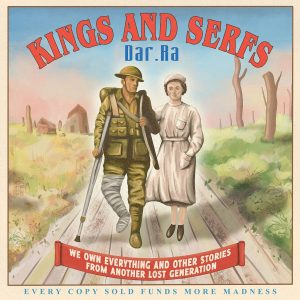 Dar.Ra: With my eyes closed and a hat on. Jokes. It was a full moon last night in Cancer/Capricorn so it was a bit intense, so lots of looking out the window and going ‘blimey that’s bright’. Eventually though nodded off and woke up to dogs barking and chickens screaming for breakfast.

Music Authentic: And what did you last cook?

Dar.Ra: I made a Vegetarian Spag Bol, with the most mental garlic bread as I overload the butter with so much garlic that you have to be hard-core to play ‘can you eat my garlic bread’?

Music Authentic: How is your life these days? Several parts of the world seem to get back to a more acceptable life yet UK looks like having a special version of failing leadership seeing people as well, basically not seeing them…

Dar.Ra: Interesting question. The UK has been failed since Lloyd George held the rains. Subsequent Governments have done nothing to unify the whole nation and allow Everyone to prosper. I think people have to accept that Politicians do not serve anyone but themselves, sorry but I just have no faith in Suits. ‘Some animals are more equal than others’.

Music Authentic: There are artists, musicians who believe they only should deal with having people forget their everyday hardships, others take up the mantle and give voice of the unheard, speak up for the downtrodden and maybe leading a way to a better tomorrow with hopes in todays. Which one are you more?

Dar.Ra: I loved that Press Conference that Bob Dylan gave in 1965 when they asked him that kind of question and he said he saw himself as a Song and Dance Man. I think as an Artist you have to be open to all things and see everything from the whole 360 spectrum of life.

Music Authentic: When you go outside of your house, walk down the road and only look at the pavement or your phone your missing the whole game.

Dar.Ra: When you listen to an album like ‘Revolver’ by The Beatles your getting three top minds writing from three different perspectives, that’s what gave those albums such depth in terms of subject matter and arrangements. ‘Tomorrow Never Knows’ ‘Taxman’ and ‘Good Day Sunshine’ are that 360 spectrum. If you’re a solo artist you have to work that much harder to be that good. 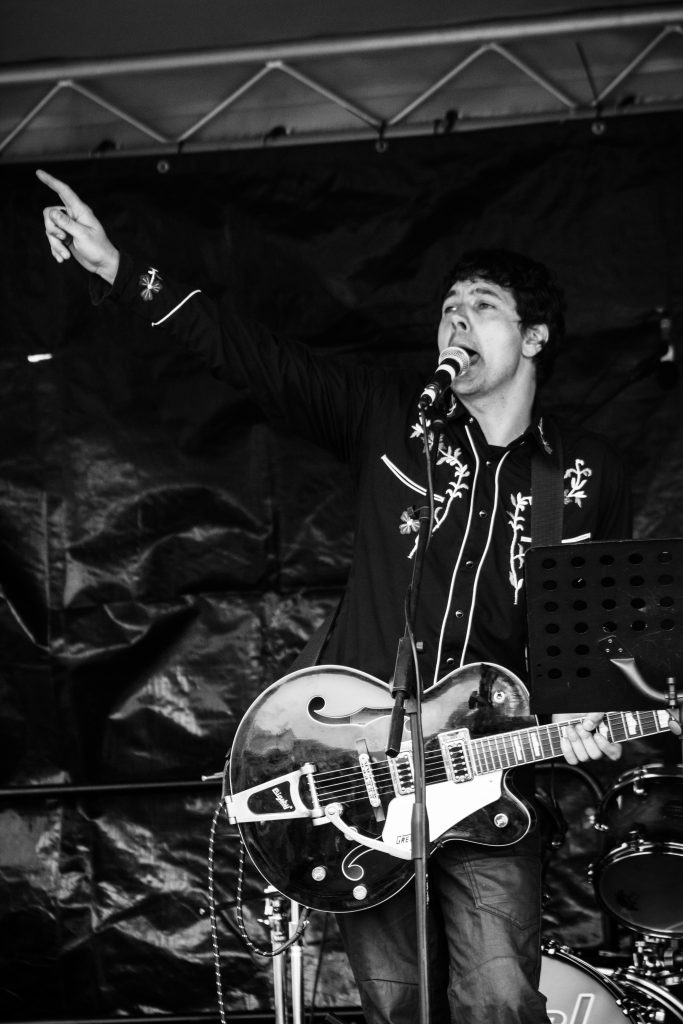 Dar.Ra: Initially, last year I decided to put out as much material as possible due to the circumstances we faced, a lot of artists where holding back their releases, I’m always keen to do the opposite of what the crowd are doing so that was partly the reason. The other reason was I was doing a radio show for Vintage FM in Liverpool and BBS radio in LA playing material from my labels vaults and I did a show at Christmas and played just ballads from the last ten years of releases. I listened back to the show and just thought wow that would make a great album, that became more or less ‘Ballads For The Downtrodden’ Then I looked at all the remixes and dance tracks I have been involved with from 1995 to 2021 and made up with the help of an incredible Mastering genius in Italy called Astro who mastered all the tracks up to the level that you would hear now in a 21st Club. It was a tough job to pull off as most of the tracks had been done in different studios around the world over a 25 five year period and lot has changed in terms of how you mix dance music now, there had to be more bottom end and crunch to cut it for todays fine tuned up ears. We had something like 40 tracks to go through which made up Majestic Retrospectives Vol 1 and 2. ‘Kings n Serfs’ was basically tracks I had written for a film about the Pearly Kings and Queens of London, which never got released. I had them sitting on my hard drive doing nothing so I re-mastered those tracks and had two new films made for them ‘Londinium’ and ‘Sweet As’ both really cool storylines and amazing visuals that I think we got right in both the films.

Music Authentic: Next: are these your different artistic branches or parts of a linear story?

Dar.Ra: Everything I do is part of a whole story right back to my first release with EMI a track called ‘Reach Out’ in the early 1990s which was about liberation from oppression. The first song I ever wrote for my first band when I was 16 was called ‘Freedom’ and was a tribute to Nelson Mandela and Lech Walesa and all freedom fighters who have stood up for their values and beliefs that we are born free and should never be chained down by the insane dogma that has ruled this beautiful free blue planet since humans started the control game.

Music Authentic: And finally: If you had to pick up the most personal and meaningful songs from these albums, which ones would you choose?

Dar.Ra: ‘Lights’ is an anti suicide track and stands as a classic track in a modern era that I believe will stand the test of time ‘Rise Like The Sun’ is a track about not being a victim of a system that only values you if you’ve been born with a silver spoon in your mouth. We must all “Rise Like The Sun’. ‘Sweet As’ is about that bit of luck that gets you out from the gutter and gives you a chance to play the game on your terms. There are loads more on those albums I could choose but it would be a set list for Puskas Arena.

Music Authentic: How do you get inspired? Walking in Camden Market, listening to white noise, getting on a roller-coaster?

Dar.Ra: I meditate a lot and transcend the matrix, once out in the 5th dimension I just watch, listen and then try and bring something back that might mean something to the human trace.

Dar.Ra: Bit of both really. A hot bath, and its sing out a few lines or waking up could be a few lyrics. I can hear a tune now as we do this interview so my head is like a music factory as times. That’s why I never need headphones on when I go out as I’ve always got music playing in my head.

Music Authentic: Elton John calls to get to know you a bit before introducing your song on his radio show. What would you say?

Dar.Ra: Why haven’t you made a decent record since ‘Goodbye Yellow Brick Road’ Jokes. I would say fancy doing a show in Hungary probably!

Dar.Ra: “Whisky n Honey”. I love “Rewind”, but Whisky is that Neon Wasteland Fantasy that sums up illusions that the grass is always greener, and it resonates with me.

Music Authentic: You had your fair share of going big then you redirected yourself into more of an indie. Can you tell us about this decision, especially that it seems to contradict to what most aspiring musicians aim to do? 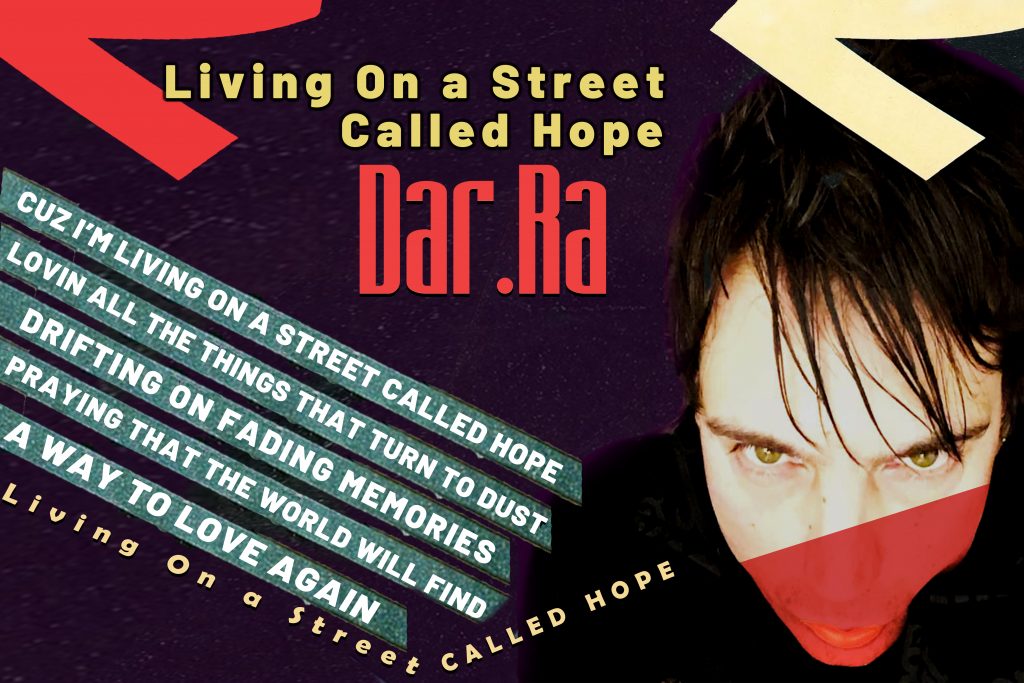 Dar.Ra: Again I’m always going in the opposite direction to what other people are doing, there’s a lot more room to breath here. I’ve been signed to a few labels over the years and its like any other job you get told what to do and how to express yourself, that’s not how an artist should be working. Art is not caged experiment. Invest in Art because magic happens when you experiment, when you try to force the result of the experiment you alter the structure and it becomes a bland and weak result. That’s why most Major artists these days do not make Records that mean anything. Sorry Major label artists but all the big moves are coming from Unsigned or Indie artists. It was a different industry in the golden age of Rock n Roll as the suits stayed out of the way.

Music Authentic: What’s the big dream now? I’m sure you’ll be back on stage and finding another movie for your songs soon. Would you go to Mars for a gig?

Dar.Ra: I’m just keen to keep making the best Music and Films I can put out. I did an online tour of the US last year, which I thought was amazing, as I didn’t have to leave my studio and had zero impact on the environment. Having said that I would without doubt do a show on Venus if there was enough Love for it.

Music Authentic: If you had a superpower for a week what would you choose?

Dar.Ra: Be invisible; image the things you could put right. An invisible Robin Hood, now there’s a pitch for Hollyweird.

Music Authentic: With whom would you sing live more: Bono or Steven Tyler?

Dar.Ra: Steven Tyler without doubt, Bono would be like eating a poisoned watermelon.

Music Authentic: Do you think songs by the ever-improving AIs will replace mainstream music made today?

Dar.Ra: Probably! I think the world will dissolve into fractions where the computer people will think digital with every emotion and decision they make and there will be the Orgasmic people that live out the back of society and still howl at the moon and dance naked round the camp stove. Timmy Leary said that back in the 1960’s he said the world would be composed of Machine People and Organic People he was bang on. ‘Turn On, Tune In, Drop Out’ was a massive statement at the time but you have to dig deep into that call to action though before you just read it and think its just anti System. There are parts of this system which work and parts, which need to change to allow everyone a bite of the apple.

Music Authentic: What is the most important advice you can give to an emerging, young artist?

Dar.Ra: Become a lawyer. Jokes. Just dig in, dig deep, listen to some of the great artists since Beethoven, listen to speakers and thinkers from all ages, find what resonates with you chew it all up and make something new that changes everything.

Music Authentic: Thank you for being with us today and we are looking forward to have you again soon!

Dar.Ra: Big Love to the Good people of Hungary I’ve always been inspired by the statements you’ve made to the world since the 1956 uprising. Stay Strong and United! Seeing the events and directions where that country is heading now in the middle of the Europen Union, in the 21st Century, they really need that.

Say Hello and listen to Dar.Ra on his: 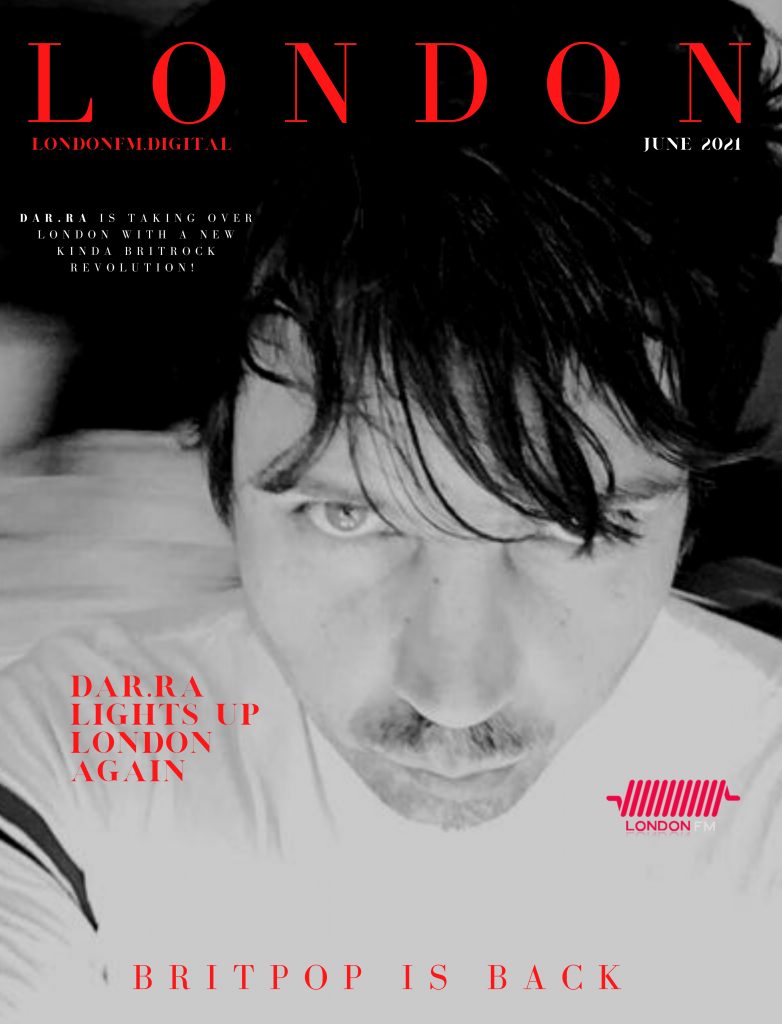 Winchester 7 & The Runners – In Shadows of Tomorrow